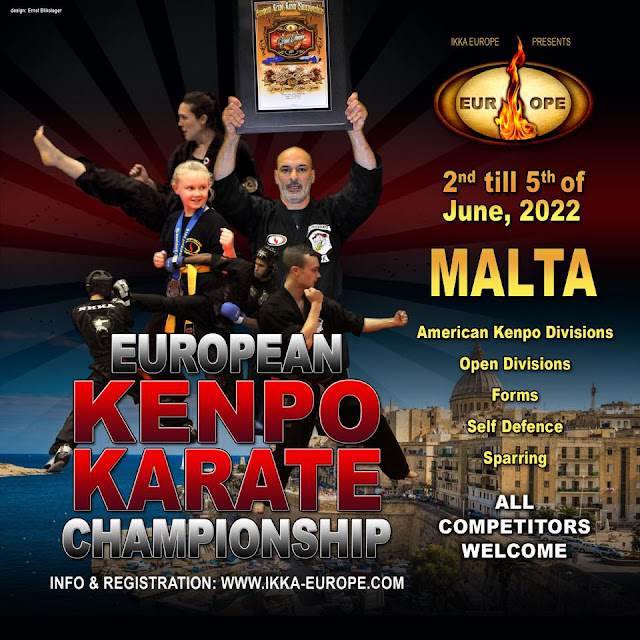 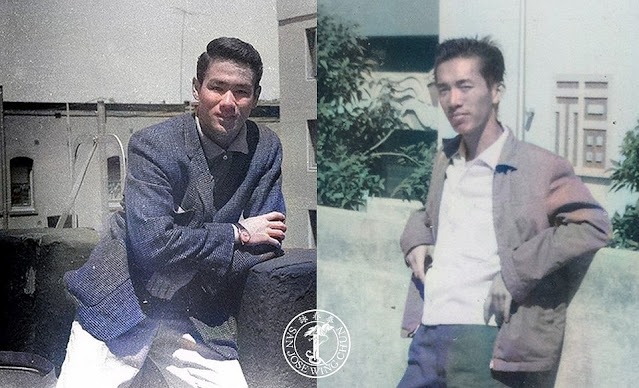 The Humble Beginnings: BRUCE LEE JUN FAN (李小龍) and BEN DER WING YAN (謝永恩), alumni of Hong Kong St Francis Xavier Secondary School and peers in Wing Chun Kung Fu, both arrived at San Francisco within same week in May 1959 on US citizenship status. After settling into low income apartments at Chinatown Jackson Street, they took odd jobs as bus boys at local restaurants to pay for English lessons. During free time, they would practice Wing Chun together to keep up with their skills. This continued for months until Lee left for Seattle in September to attend Thomas Edison Technical School to complete his high school equivalency. 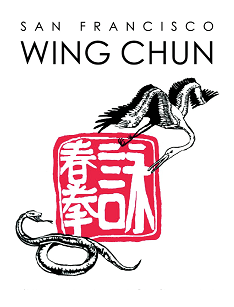 Ben was attending St. Francis Xavier College in Hong Kong when he began to study Wing Chun in 1958. Wing Chun was very popular among his friends at school, so it was natural he would get involved with it. When Ben came to the US in 1959, he had completed up through the 2nd set in his training.While in the US, lacking formal instruction, he and several of his friends would meet in San Francisco. These meetings provided some very strenuous workouts allowing them to keep their understanding of Wing Chun fresh, and their techniques sharp. Ben learned the 3rd set from Felix Ho, one of his workout buddies.This continued until around 1967, when Ben had a very brief foray into White Crane. While Ben was gaining great confidence in his hands’ ability to deal with conflict, he still had the nagging suspicion that he needed to learn to kick. White Crane seemed the logical addition. However, after several classes, he discovered that he preferred Wing Chun ideas to those of White Crane. From that point onward, Ben devoted himself solely to Wing Chun.

By 1968, Ben and his elder Wing Chun brother, John Ng, had seven students learning Wing Chun from them. Howard Wong, a friend of Ben’s and someone who knew of Ben’s love for Wing Chun, asked if he would like to meet a relative of his. This relative was the stepbrother of his wife’s father, who also studied Wing Chun, and was just in from Hong Kong. Howard Wong was very familiar with Wing Chun. His sister’s father-in-law was in charge of a Wing Chun branch, a non-Yip Man lineage, in Hong Kong. Ben and John went to the Jackson Cafe in San Francisco to meet this fellow Wing Chun practitioner. After 15 minutes of discussion about Wing Chun, the newcomer said, “Enough talk. Let’s work out.” They went over to Richard Chan’s tailor shop, and went in back to work out. Ben was first. Trying his best moves, Ben saw that this newcomer could deftly blunt every attack. At that point, Ben was convinced this was his new teacher, and placed his seven students and himself under the tutelage of this newcomer, whose name was Kenneth Chung.

Ben trained with Ken up through 1973, when Ken returned to Hong Kong. Ken, while teaching this class in San Francisco, had also started a class at San Jose State at the invitation of the Chinese Cultural Committee. This was a group on campus who wished to show American people what Kung Fu was really about. Ken left Ben with the responsibility for this class and the South Bay area. He gave another pair of students the responsibility for the San Francisco area and one other student was in charge of the Oakland area.In 1974, Steve and Sandi Wong started learning Wing Chun from Ben. In 1976, Ken introduced Ben to Leung Sheung, and they immediately became close friends. Up through 1977, Ben expanded his classes, teaching at San Jose State, his house, and in San Francisco.Ben moved most of his classes to its current location in 1981. This is in the backyard of Steve Wong’s house. This has been the primary teaching location ever since. Ken and Ben continue to expand their Wing Chun knowledge, actively training together and discussing new insights. 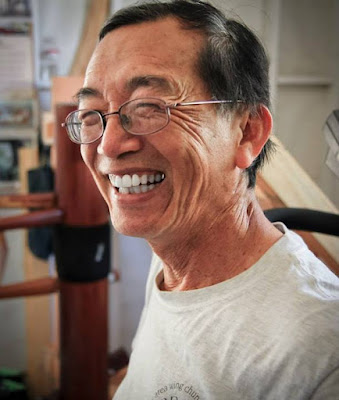 Another year of kenpo ! 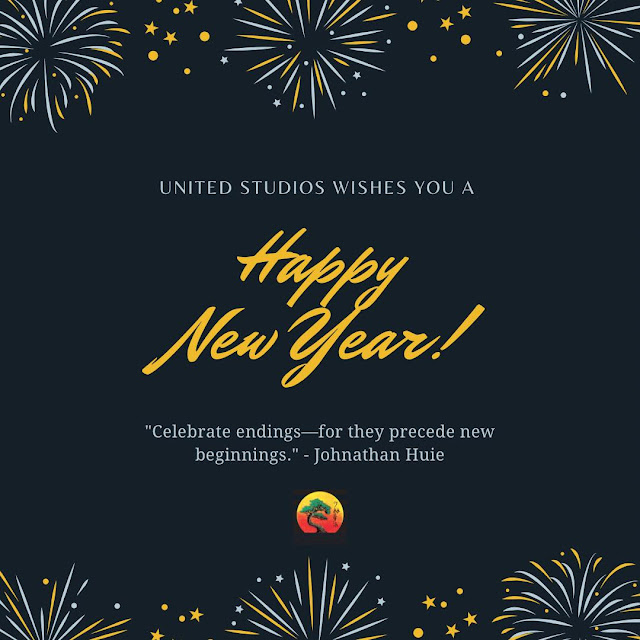 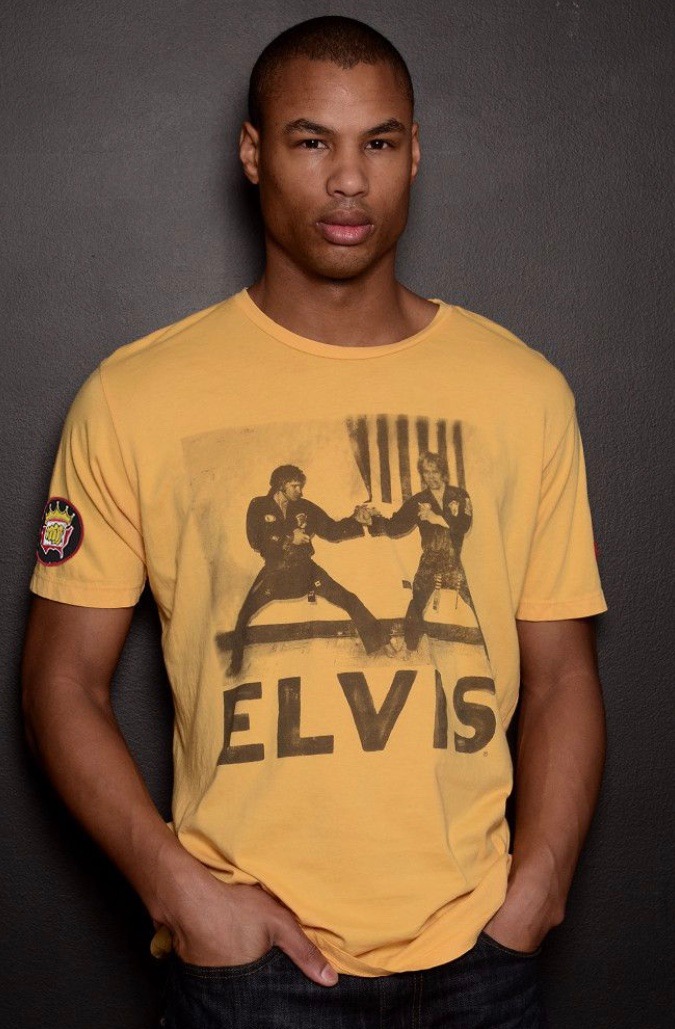 I know is says "ELVIS" but I think most of us would want it because of Mr. Parker.

I mean, how many Mr. Parker t-shirts are out there? Not many. 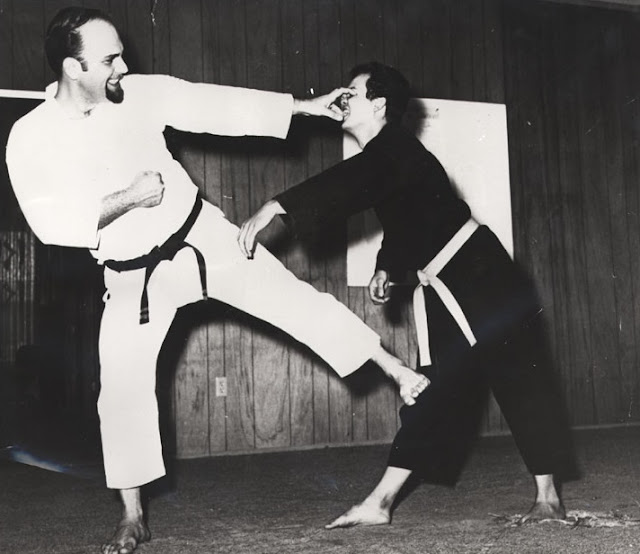 Breaking legs and gouging eyes.
at 4:50 PM No comments: 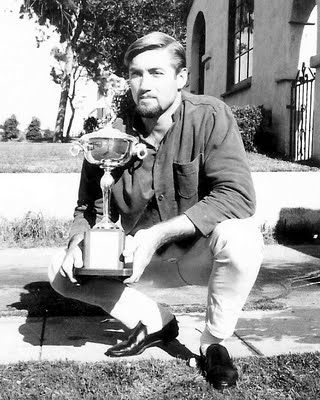 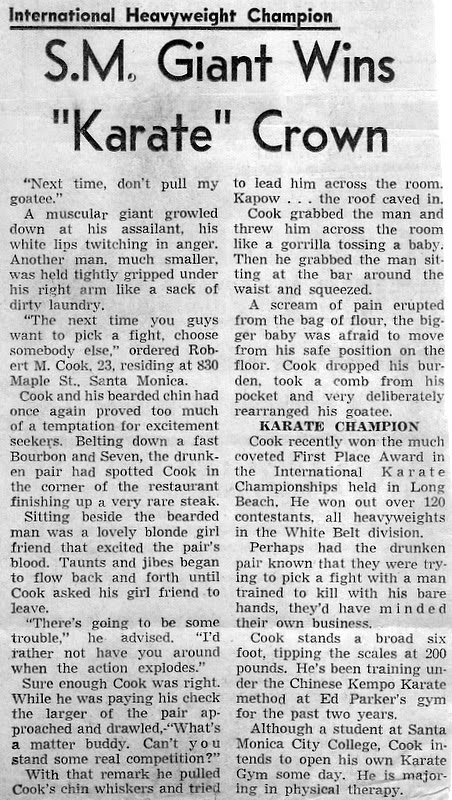 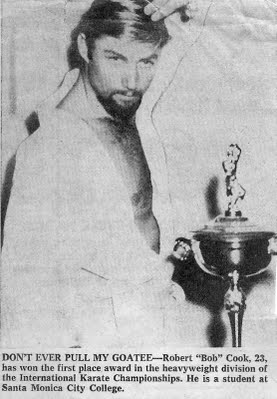