One year since Al Tracy's passing 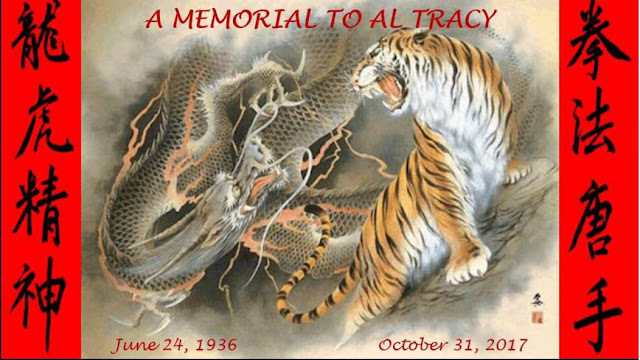 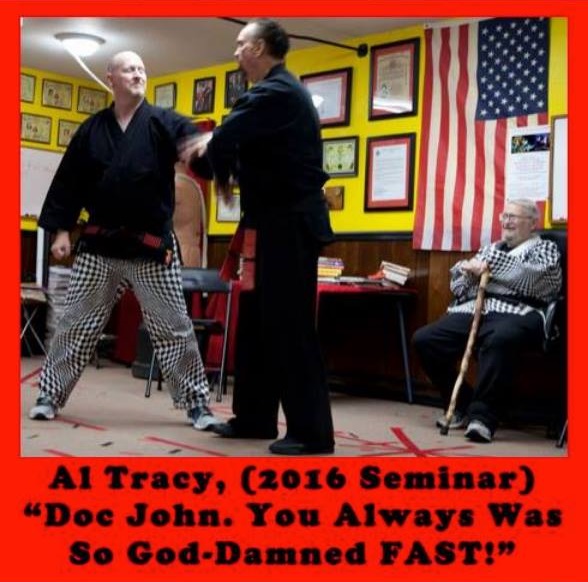 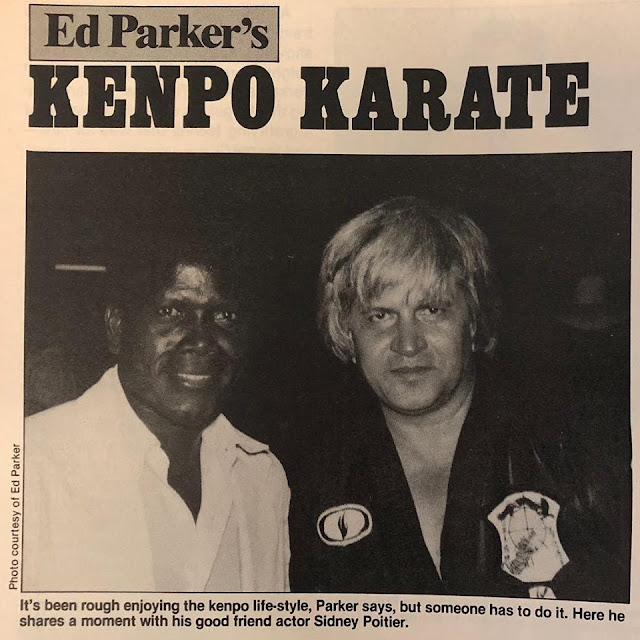 “The Special Techniques of Kenpo”


“The reason I give my techniques names is because there are certain sequences associated with these terms. If I told a student tomo...rrow that I was going to teach him a counter version to a double hand grab, it’s not as meaningful as when I say I’m going to teach him ‘Parting Wings’. It’s not explained, basically, but it sounds intriguing. There’s a little mystique and the student looks forward to learning what this is. And though each term I use had a particular sequence I want students to follow, these are ideas and not rules. At any given moment they may alter these ideas.” -Ed Parker Sr. 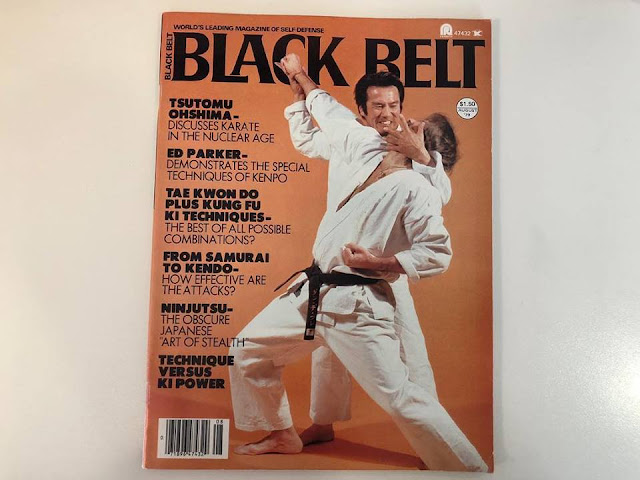 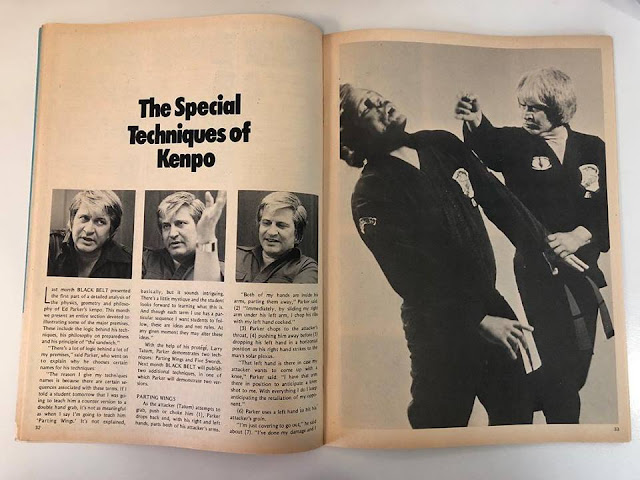 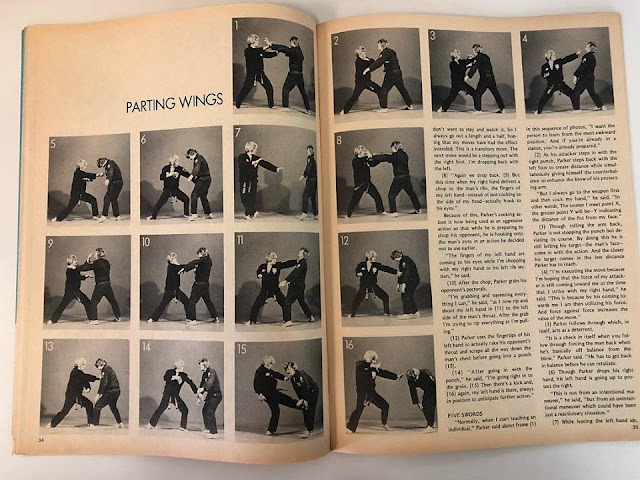 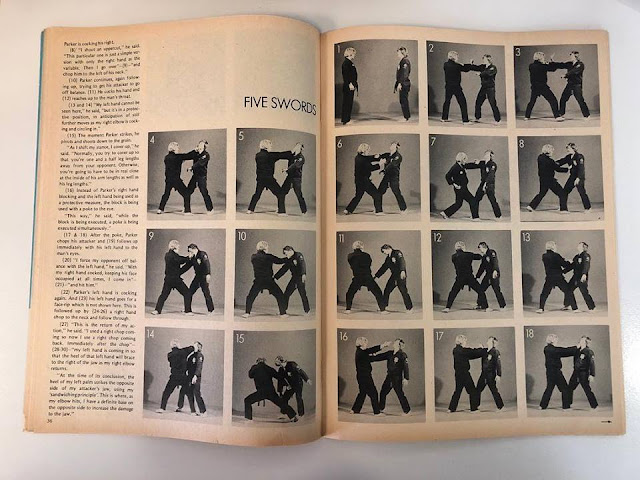 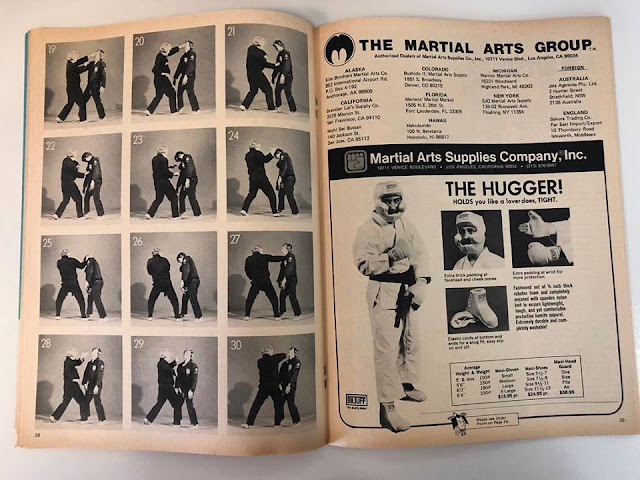 Email ThisBlogThis!Share to TwitterShare to FacebookShare to Pinterest
Labels: articles by Mr. Parker 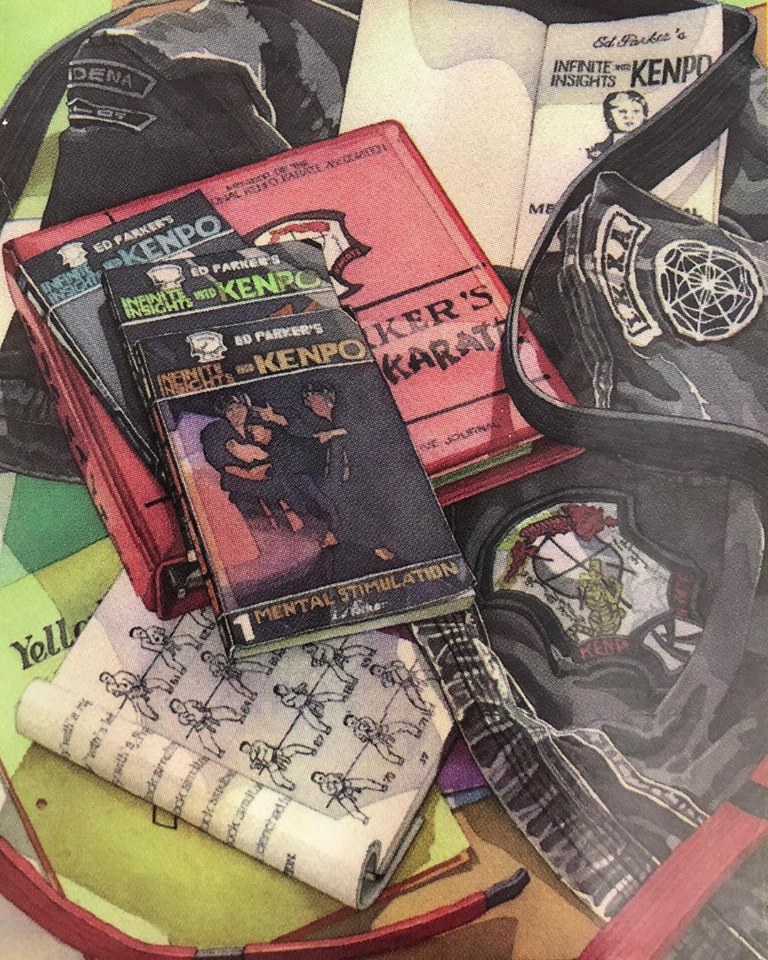 watercolor by Jill Sosin
at 7:10 AM No comments:

Law of the fist 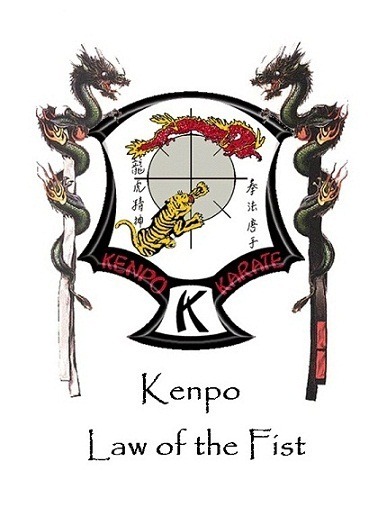 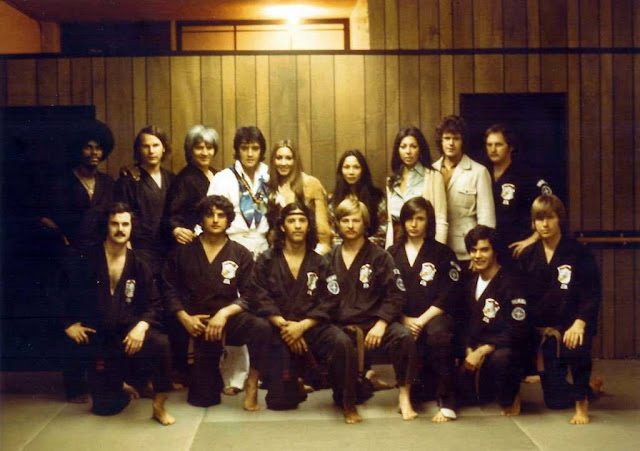 At Ed Parker's Kenpo Karate school in Pasadena, California sometime in 1973 - Ed Parker is on Elvis right. Also in the photo are Linda Thompson, Patti Perry, Jerry Schilling and Dave Hebler
at 5:22 PM No comments: 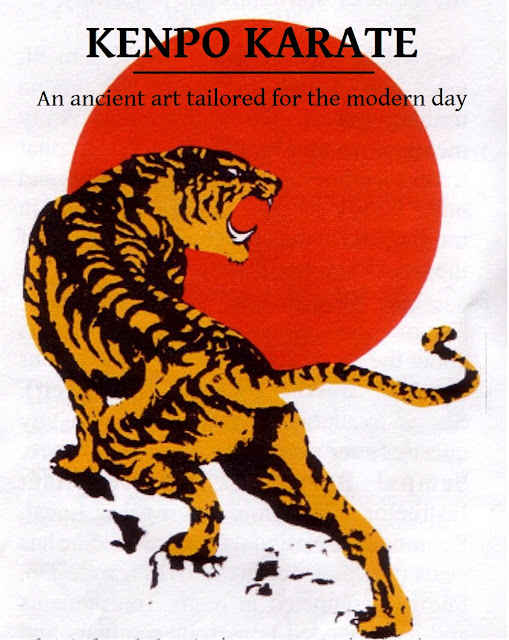 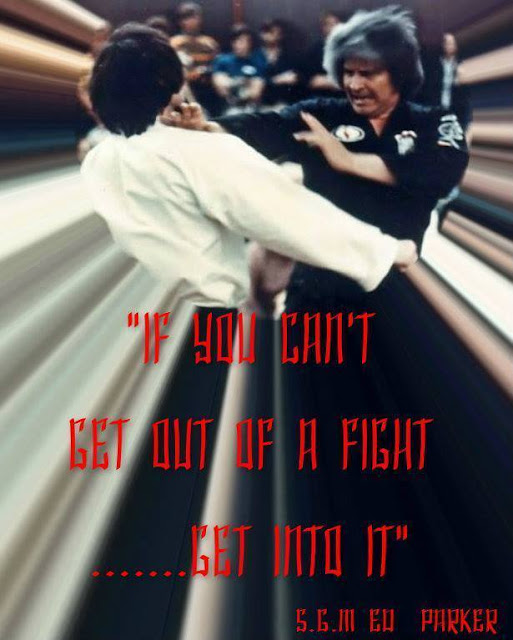 A Short History of Kenpo 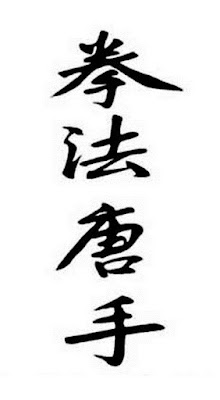 
Of all the major Martial Arts styles, Kenpo’s origin and history are the least understood and the most confusing.

Kenpo is a mixture of five cultures: first and most important, Chinese; second Japanese; followed by Okinawan, Hawaiian (before Hawaii became a state) and American.

The greatest confusion regarding “KENPO” is the origin and meaning of its name. Despite its birth in China, the art we call “KENPO” was passed down through the Mitose family, who studied the original art in China in the 1600’s and brought it back to Japan. Since the Mitose family was Japanese, they naturally used the Japanese language rather than the Chinese to describe their family system, which they later named “Kosho-ryu” (Old Pine Tree Style): “Ko” (old) “Sho” (pine tree) “Ryu (school/style).
Modern day usage of the terms “Kung-fu” (Chinese Mandarin dialect) or “Gung-fu” Chinese Cantonese dialect), “Wu-shu” (Military/War Art) and “Kuo-shu” (National Art) to describe the Chinese martial arts has added more confusion. Each of the above names in general describes the same martial arts.


“Kung-fu” (or “Gung-fu”) means disciplined technique, skill, time (that is, a period of time used by a person to do a specific type work), ability or strength—and is a generic term for exercise. “Kung-fu” is the term used outside of mainland China (most notably the United States) to describe any of the Chinese martial arts.
The original or more proper term is “ch’uan fa” (fist law) or “ch’uan shu” (fist art).

One characteristic common to the Oriental languages is their use of the same written characters; however, the way the written characters are pronounced make the spoken language completely different from one country to another, or even from one part of the country to another. China is a classic example, with two major dialects: Mandarin (the official dialect) and Cantonese, plus hundreds of local dialects. It was this type of diversification which led to the development of so many different martial arts styles in China. There are over 300 styles of “Kung-fu” taught in China today.


Originally the martial arts in China were referred to as “Ch’uan-fa” meaning “fist law.” The Japanese pronounce these same written characters “KENPO”—or “KEMPO.” In modern usage, “KENPO” spelled with an “N” indicates the original Chinese origin; when spelled with an “M” it indicates its incorporation into the Japanese culture. It was James M. Mitose, whose family moved from Japan to Hawaii, who established the spelling of “KeNpo” with an “N” in the art we teach and call “KENPO.” The original art taught by Mitose in Hawaii was called “Kenpo Jiu-jitsu.” He wrote a book in 1953 entitled: What is Self Defense? (Kenpo Jiu Jitsu).

Kenpo has been described many ways, but the term “Kenpo Karate,” using the original Chinese characters, is the most authentic and clear description of our style also distinguishing it as completely different from the Japanese and Okinawan written characters (kanji) which define Karate as “empty hand(s).”
The actual word “Karate” is a “homonym”: a word with the same pronunciation as another but with a different meaning, origin, and, usually spelling. When written in its original form, (the one we use) it means “China Hands” or “T’ang Hands” (pronounced “tong”—remember, “Tang is a breakfast drink”) referring to the “T’ang Dynasty” (618-907 A.D.) or—more literally—China.


The second meaning—the one used by the Japanese and Okinawans is “Karate”: “Kara” (empty) “Te” (hand). In 1923 the Okinawan Masters changed the Chinese character from T’ang (China) to the Japanese (kanji) for “empty” because the martial arts now taught in Okinawa were no longer purely Chinese in nature—over the years they had been combined with the original “Okinawa Te,” or “Bushi No Te” (“warrior’s hand(s)”) to form a new style. This became the father of all modern Okinawan and Japanese Karate, reflecting the changes they had made.
-------------------- 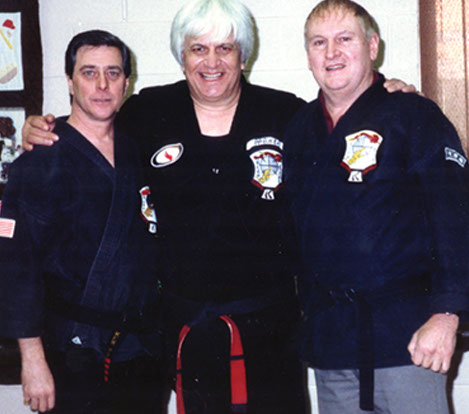