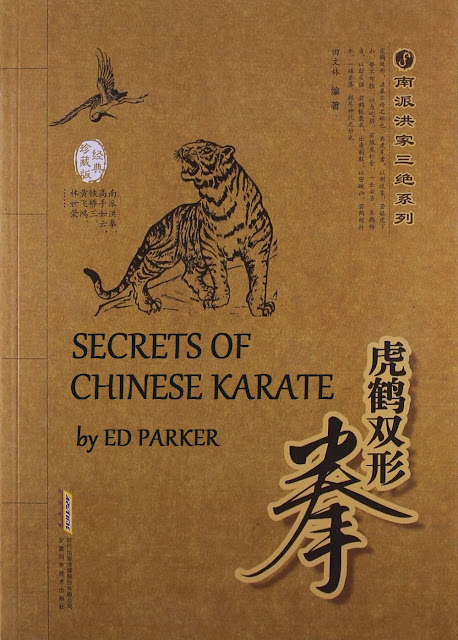 I saw this for sale the other day on the web.

Ed Parker's View on Karate in the US

Edmund Parker, a six-foot, devout Mormon, is one of the pioneers in the expansion of karate in United States. Although he first started to instruct in 1949 in Utah, it was not until 1956 when he came to Los Angeles that he actually put forth his great effort in that movement. Today, he is the most renowned karate-ist in the U.S., being featured in widely circulated newspapers and magazines and being interviewed frequently on television.

Recently one of Black Belt’s reporters interrupted Ed’s training at his Pasadena’s dojo for a candid conversation:

Ed, do you think the A.A.U. will ever recognize karate as a sport?

I feel that after this coming Olympic in Japan, the AAU will accept karate and will also include it in its program in the following Olympic. I also think it will eventually replace boxing.

Speaking of boxing, recently the public has taken an adverse attitude toward it, do you think karate will supersede it?

What tournament is that?

On August 2, a huge tournament is being sponsored at the Long Beach Municipal Auditorium. Participants will come from Japan, Korea, Hawaii, Canada, Africa, Hong Kong, the Armed Forces, and from the various states. I think the tournament will be appreciated and approved in California because there won’t be any form (Kata) contest. It will be strictly freestyle sparing (Kumite). Kata will be only for demonstration. Last year I attended a tournament in Chicago. From the outset I was entirely against the Kata contest because I knew it was going to be difficult to choose the winner. Some of the contestants used Okinawan styles. Their movements, performed with deep breathing, were slow and beautiful. But they we not among the winners because the judges did not now how to grade them since they never seen anything like that before. Unless the participants are from the same school, Kata contest is unfair and causes discontentment among the contestants.

Ed, how many karateka do you expect to show up?

Do you think the martial arts in this county will ever be as popular as England and France?

I know they will! But there exist a false concept that must be eliminated as we grow, and we hope we can work toward it this coming August. Everyone thinks his art is the best. I don’t advertise that mine is the best. I feel that each art has something to offer to one another.

In Judo a bigger man has an advantage over a smaller opponent, what about karate?

Well it could be. Sure, a bigger and stronger man will have a definite advantage over a smaller opponent.

Is there any possibility of organizing karate into one unit like the Judo Black Belt Federation?

It can be done, if the members have confidence in the chosen leaders. Such an affiliation will keep karate on a higher standard, especially in the grading system.

Ed, do you think the police in Los Angeles should take up karate?

I sincerely believe they should. I have one gripe against them. They do not take the trouble to find out what is karate and they assail that art as a “maiming sport”.

What about women, do you think they should practice it?

Certainly, it is good exercise and it develops their coordination and tones their bodies.

Have you taught well known personalities?

Sure, I can’t remember all of them off hand but here’s a few: Nick Adams, MacDonald Carey, Darren McGavin, the late Frank Lovejoy, Frank Sinatra, Danny Key, and Hollywood columnist Joe Hyam.

Who taught you karate?

Master William Chow of Hawaii. He’s still active and has the largest following in the Islands.

Why did you take up karate? Why not some other sports, like boxing?

I was in boxing. My dad was a boxing inspector for over 30 years. I took up karate 15 years ago because I felt, and still feel, that karate will be of greater benefit to me, especially in my old age. Karate relies on minimum movements with maximum effect.

Ed, when did you first teach karate?

In 1949. But I had to take a “break” 1951 when I joined the Coast guard. I resumed teaching in 1953 in Utah to the law enforcement, and to the students and faculties of Brigham Young University. Incidentally, the students were given college credits for their training sessions.

Did you finish Brigham Young University?

Yeah. I graduated in 1956 with a B.S. in sociology and psychology. I minored in political science. Prior to that I matriculated at Kamehameha High School in Honolulu.

Yes, I’m married to a Hawaiian girl, name of Leilani. I have four children. Although they are still young, I’ve already initiated them to the fundamental techniques of karate.

I know you’ve already written two books, are you planning to write another?

Oh Yes, Actually I’ve just completed my third. I’m still debating with my publisher as to its title.
at 7:31 AM

Email ThisBlogThis!Share to TwitterShare to FacebookShare to Pinterest
Labels: articles 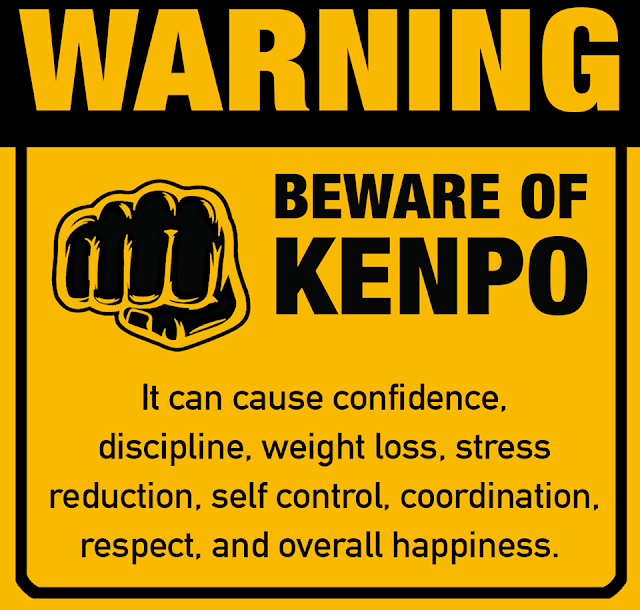 Within the Web of Knowledge

The Self Defense Techniques in our Kenpo Syllabus are just Examples and a point of reference to "possible" responses within the Web of Knowledge, that are used in our training.

There are many functional uses/purposes for these examples. First off, the "INITIAL" purpose is to develop COORDINATION, for without that... application is limited. Followed by many, many other uses ideas on 'how to', awareness to; basics, strategy, environmental conditions, targets, natural weapon development, anatomical awareness {yours & opponents}, guiding principles & concepts, the 3 phases... Ideal, What if & Formulation.

These Kenponents and more, form the architecture and development of the technique drills in our "System". However we MUST recognize that the specific individual technique sequences ARE "Attack Specific". They were created with specific attack and defense responses in mind. Knowing and understanding precisely the attack and response is critical to proper execution.

Conflicting technique problems, sequences or applications typically differ when examined closely on the lack of details on the specific attack/defense. I have heard some say that this technique or that technique won't work. After looking closely at the way they explain what, why, when, & how the technique is interpreted, a solution is easily explained. If a specific variable is missing or changed from the initial design of a technique it may not make sense or work effectively and need adjusting. Seek to know exactly what the attack is... not just the defensive sequence.

"Knowing of" our sequences is simply a start and certainly not enough to ascend to "Knowing" the depth of the drill. A proper and credible syllabus contains clear attack as well as defense specifics to form a solid base, then from that base we can expand or focus on other possible/endless variables associated with any techniques to acquire real "Understanding" of not only our drills but Pragmatic Self Defense.

Continual training, research, and study will result in great knowledge gain Always be a student, strive for more.... 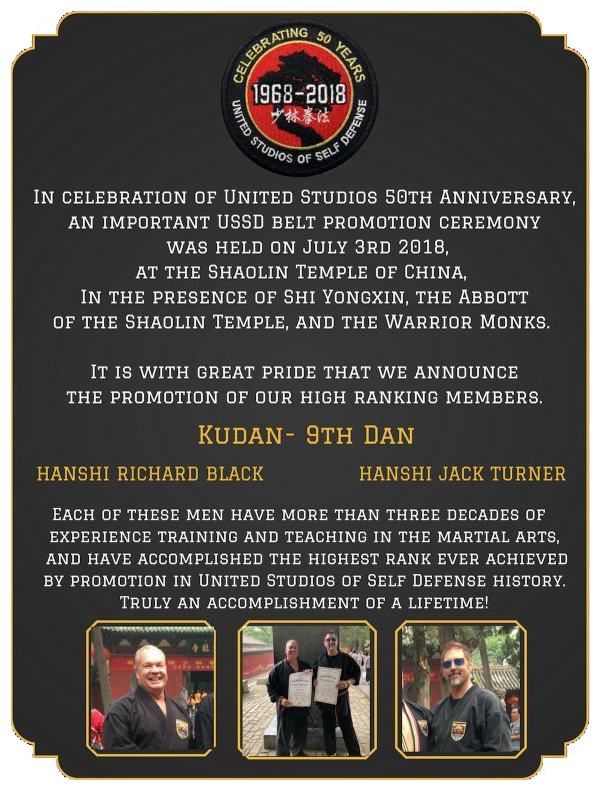 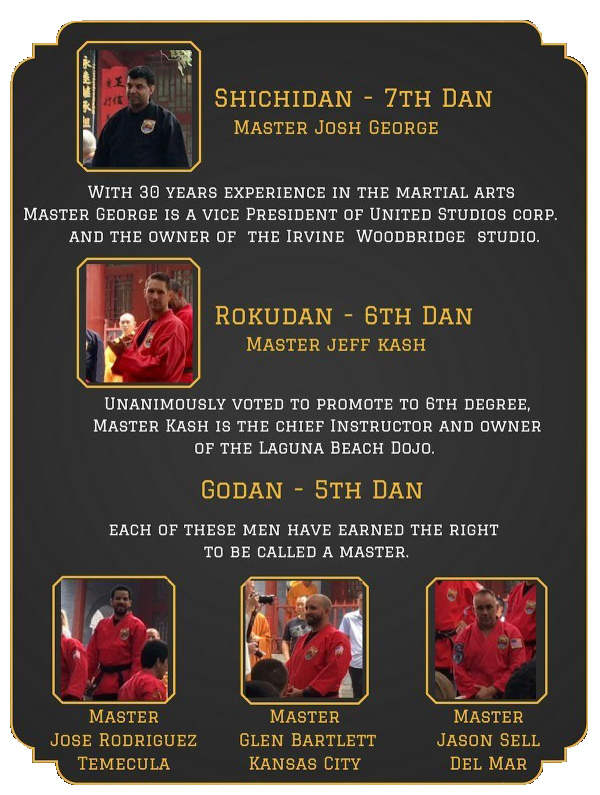 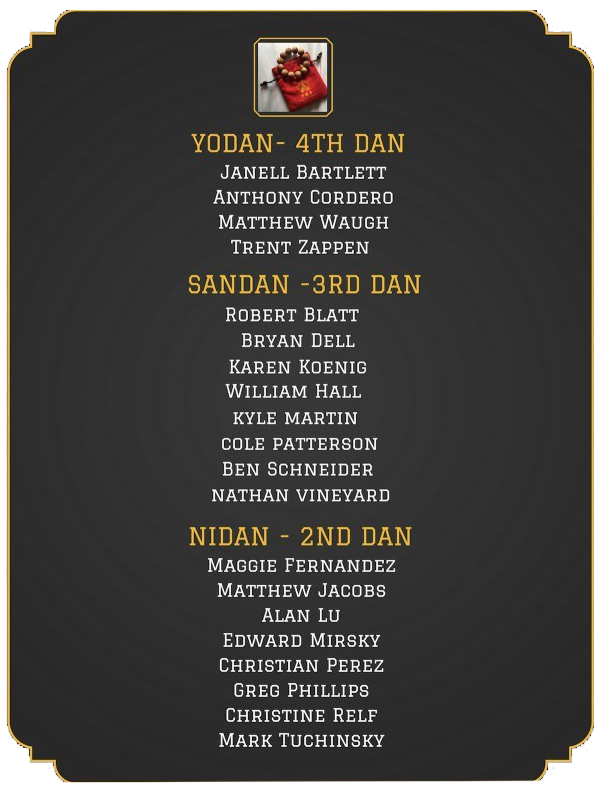 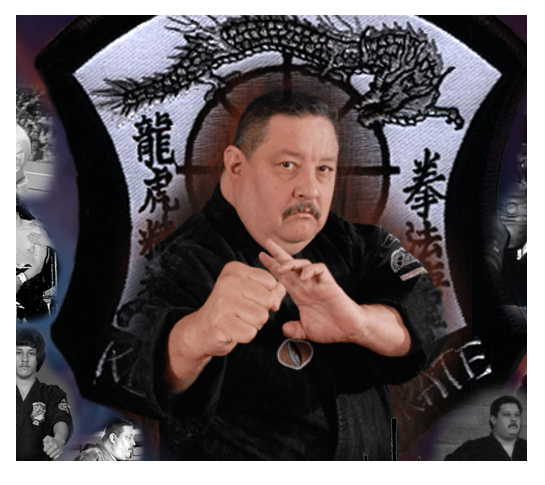 One year since the passing of Mr. Trejo
--------------------
Edit: June 14th, 2019
(I recently saw the following tribute to Mr. Trejo on the Kenpo Girl website written on May 15th, 2019. I highly recommend reading the whole article which can be accessed with the below link.)
The late Grand Master Frank Trejo is known for the Ghost Patch in Kenpo.  For those that are not familiar with its story; the patch was designed by Sifu Trejo in memory of the late Grand Master Ed Parker. Sifu Trejo would not allow anyone to wear the patch if they had not trained with him… more specifically in his words,

“I have to lay hands on them.”
http://www.kenpogirl.com/articles/social-dominance-theory-in-martial-arts
at 8:55 PM No comments: 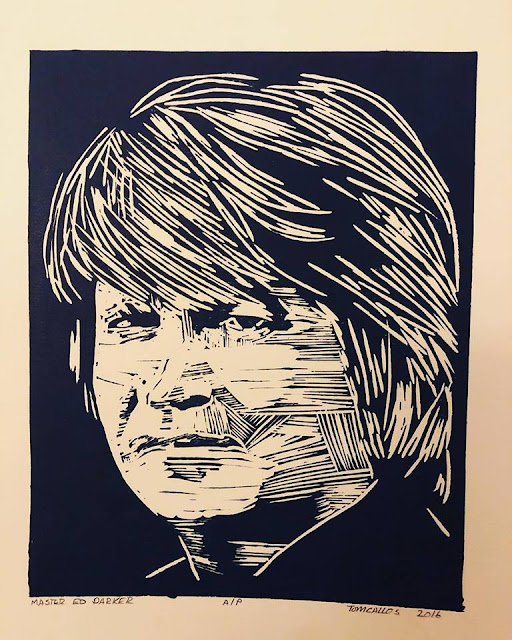 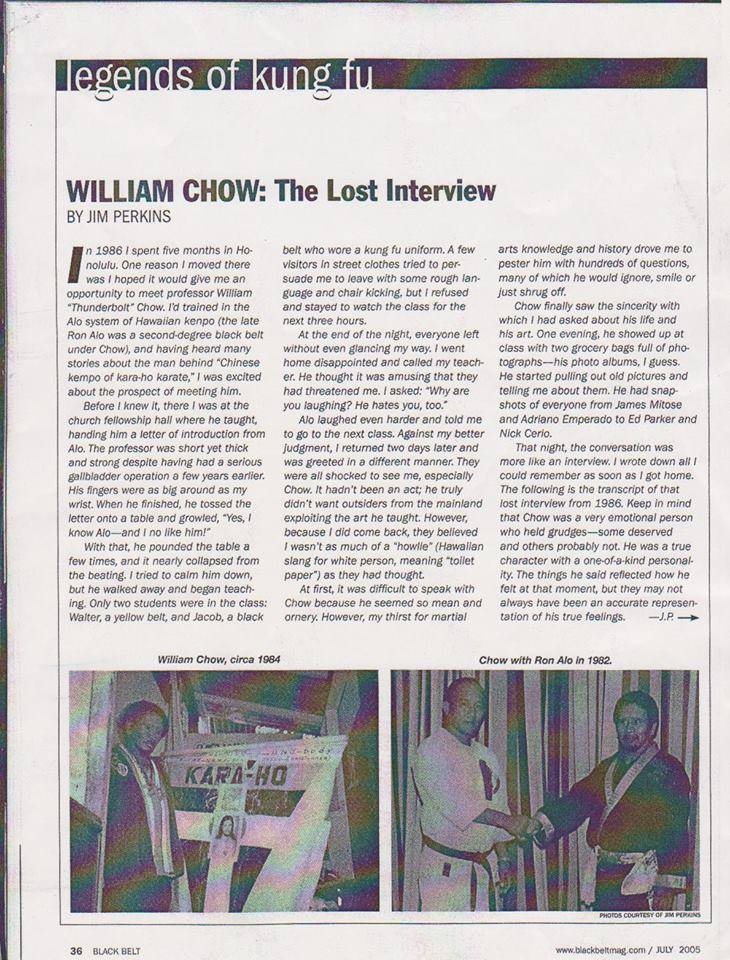 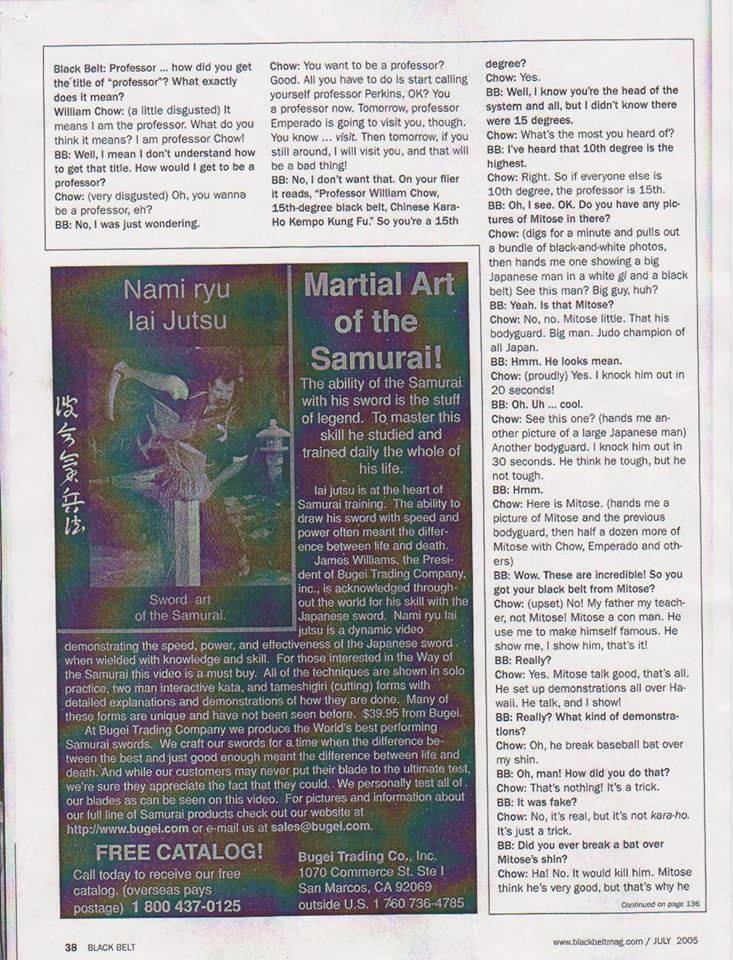 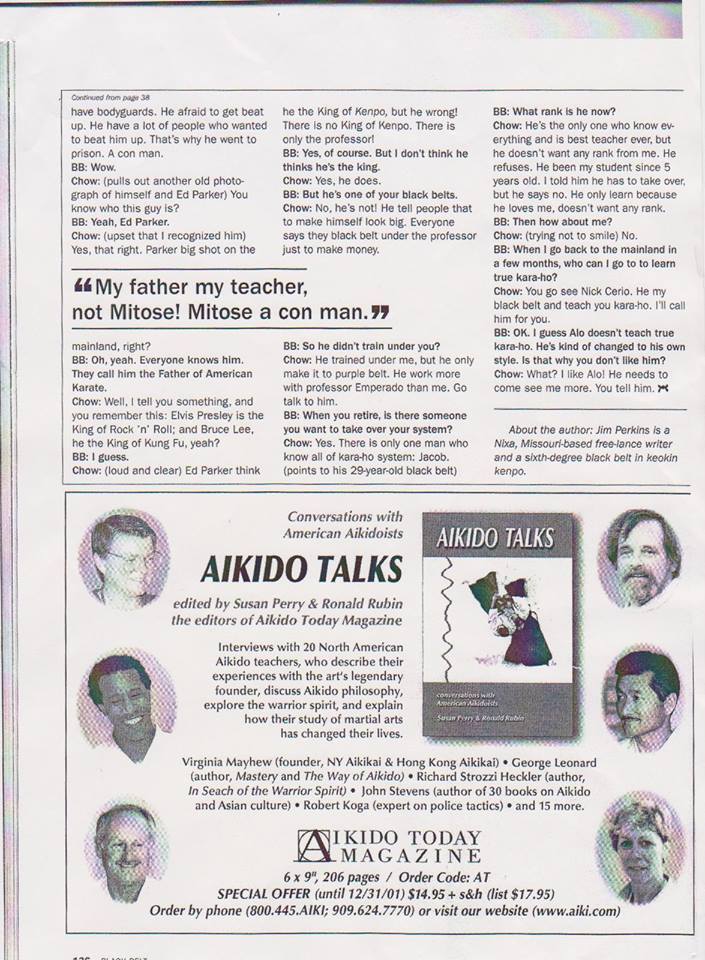 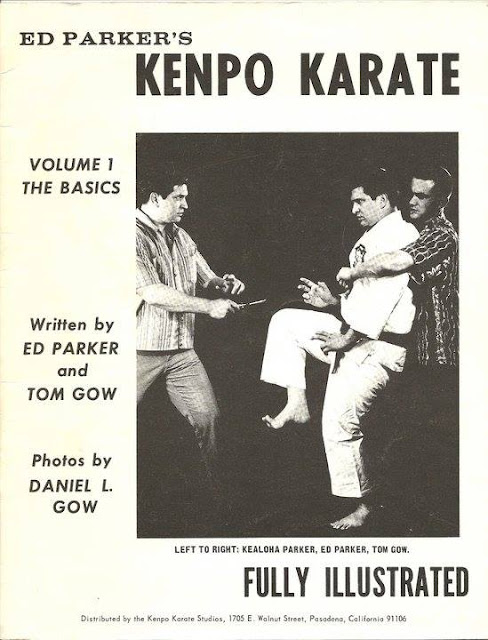 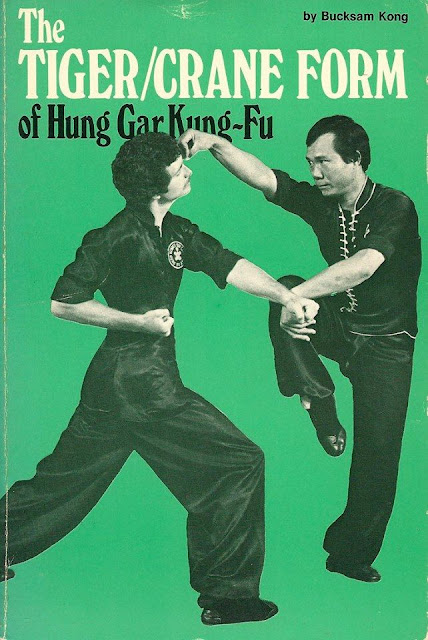 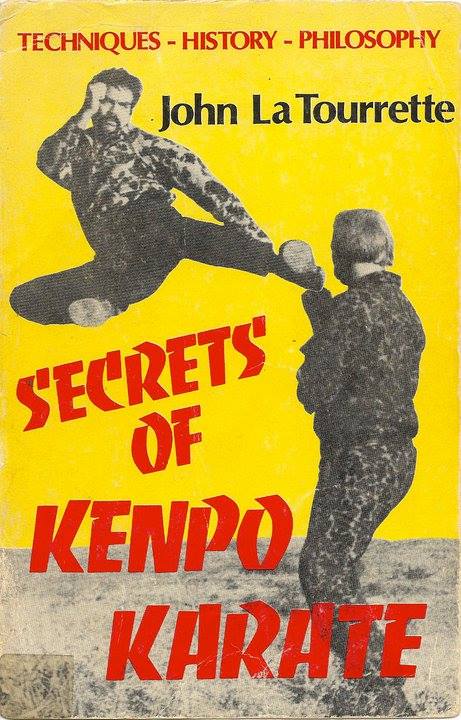 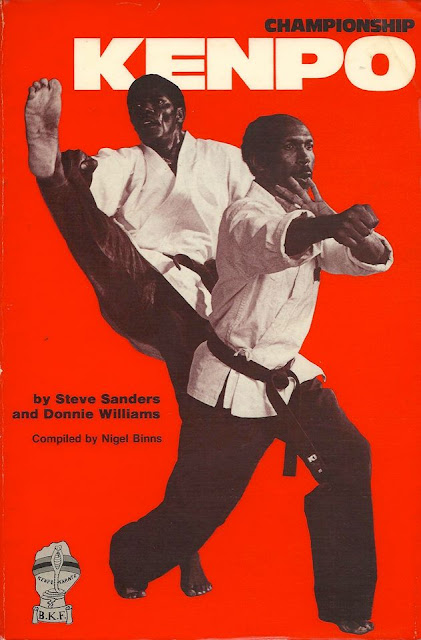