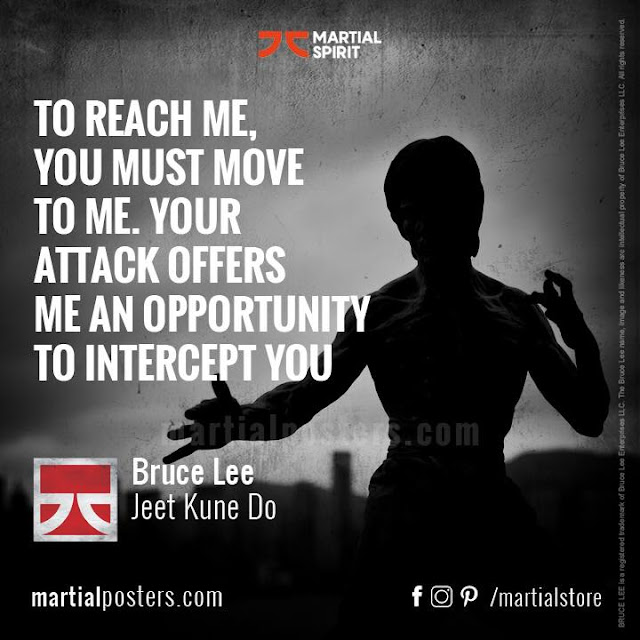 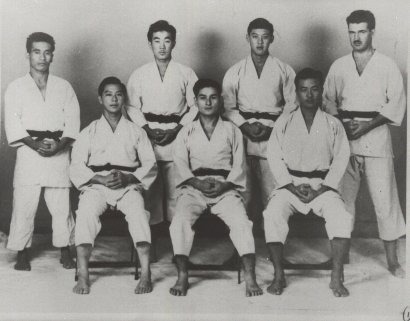 In honor of Mr. Parker, 27 years since his passing 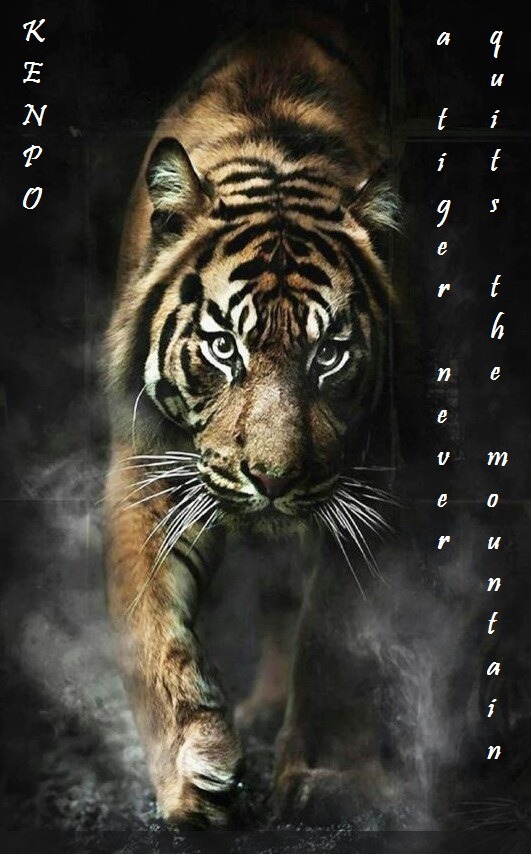 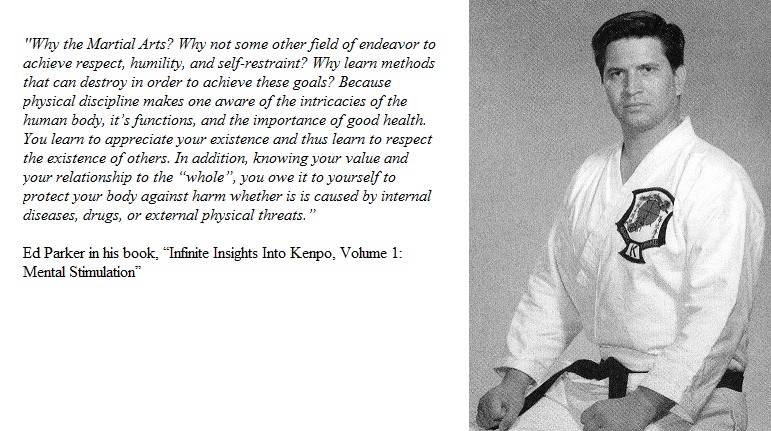 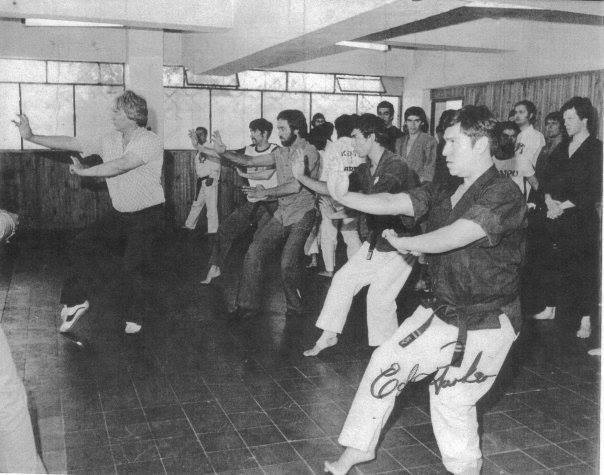 This pic was taken in 1978, Madrid street dojo in Santiago de Chile. The man behind Mr. Parker is the late Mario Calvo.
at 4:51 PM No comments: 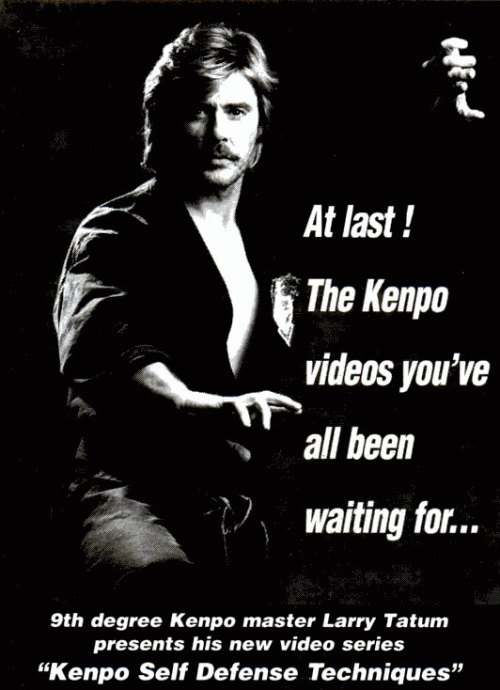 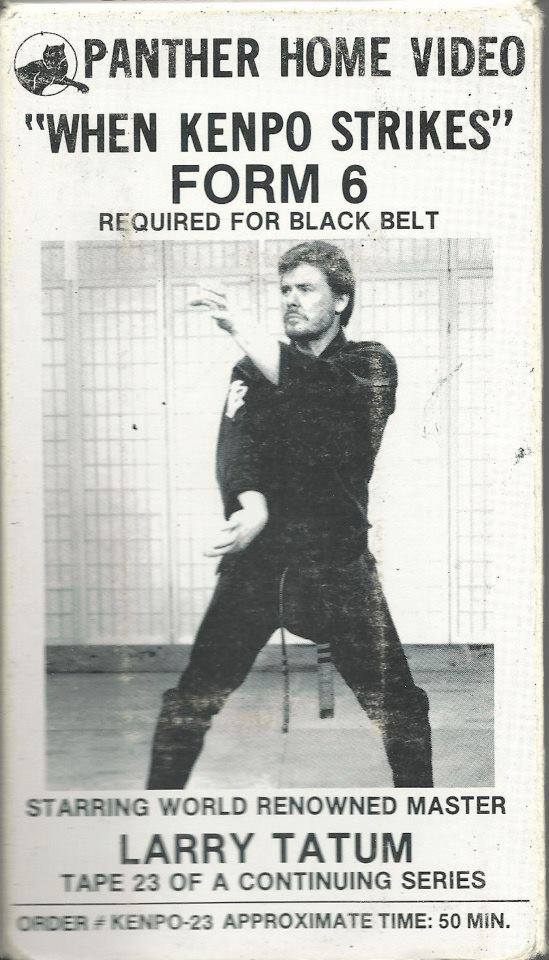 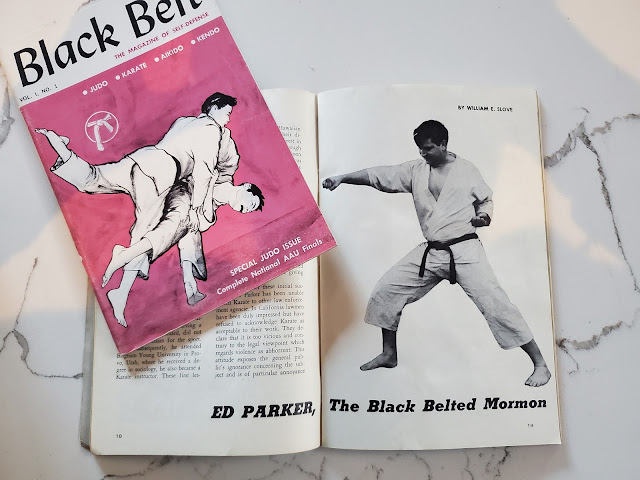 Ed Parker is a youthful, six foot, slightly over two hundred pound Hawaiian who owns and operates two Kenpo Karate schools in the Los Angeles area. He is a calm, amiable man whose manner is strangely incongruous when his potentiality for violence is considered. Perhaps it is this incongruity that best explains this devout Mormon and his calling. For, in a sense, to explain Ed Parker is to explain Karate itself.

He was born and raised in Honolulu where as a youth, somewhat retiring and self-conscious, he first learned of the art from the large Oriental population on the islands. His desire to attain some means of self-confidence led to his decision to investigate this paradoxical mixture of violence and gracious humility. He placed himself in the hands of William K. S. Chow, a Karate Master in Honolulu, under whose tutorship he soon realized that he had found the answer to his problem.

The advent of the Korean conflict, which found him serving a hitch in the Coast Guard, did not dull his enthusiasm for the sport. When, subsequently, he attended Brigham Young University in Provo, Utah. Here he received a degree in sociology, he also became a Karate instructor.

These first lessons were given to some Hawaiian students who, because of their diminutiveness, showed an interest in this form of self-defense. Although his abilities as an instructor soon made themselves evident this was also where he became aware of the problems he was to face.


It was shortly after his class had given a demonstration during a basketball game between Brigham Young and UCLA that he was asked to give a similar exhibition before some seventy members of the local city police, Sheriff's Department and the Utah Highway Patrol. They were so impressed that as a result he was soon instructing lawmen from all parts of the state. Selecting a group of more advanced students he toured the state giving many exhibitions. However, after these initial successes, Ed Parker has been unable to sell Karate to other law enforcement agencies. In California lawmen have been duly impressed but have refused to acknowledge Karate as acceptable to their work. They declare that it is too vicious and contrary to the legal viewpoint which regards violence as abhorrent. This attitude exposes the general publics ignorance concerning the subject and is of particular annoyance to Ed Parker. He argues that they are not aware of its mental and philosophical factors. Although the outward impression given by Karate is that of savage brutality this is only the visible product of intense mental conditioning. A student of the art must adhere to a rigid code which by its very nature subdues the petty instincts of man. As a student progresses and his knowledge of Karate increases so does his respect for it: as self confidence grows so does his respect f or the rights of others.


Ed Parker's contention soon manifests itself as one watches one of his classes in action. They are conducted in an atmosphere of austere solemnity and dedication. He is a calmly forceful instructor. You soon realize that you are witnessing techniques which demand both mental and physical exertion. You begin to understand that here both the body and the mind are learning new strength. It is unfortunate that these aspects of the art were not previously made known to the public. When Karate first became known, television, uninformed and desperate for something new and exciting, showed episodes where a Karate-ist, his hands heavily calloused and malformed, his features contorted brutally and cast always as villain, used his knowledge indiscriminately for evil purposes. Ed Parker recoils at this characterization and is quick to retort that a Karate-ist, more than any other individual, will turn his back and walk away from trouble, secure and confident in the knowledge that it is not necessary to prove his might or manhood. A trained Karate-ist possesses an abundance of self-restraint and assurance. It is a matter of record that most Karate-ists have gone through life without ever having to resort to its use.

Notwithstanding, Ed Parker now has reason to regard the future of Karate in this country with optimism.


This drawing is a copy of an ancient Chinese painting depicting a karate-like form of unharmed self-defense.


His ability, his adamant refusal to deviate from its strict tenets and philosophies and his forthright teaching of the science have won him acclamation and the respect of people in all walks of life. Today his mirrored studio is the scene of classes which include lawyers, doctors and other professional men who are aware of the value of the art. Some of Hollywood's best known personalities, MacDonald Carey, Nick Adams, Rick Jason, Darren McGavin, among others, attend his sessions regularly. His advice and knowledge are sought by film studios now becoming aware of Karate's true meaning.


Unlike some instructors who profess to be experts Parker minimizes the sensational and melodramatic aspects of Kempo Karate. Where others, in order to appeal to some pugnacious facets of human nature, declare that they teach "the art of killing" or "make you a master of anyone," he concerns himself with the truisms of Karate. His goal is to enable his students to reap the benefits it endows.


Karate is a skill that requires time and thought. One who intends to use it aggressively is only disillusioning himself. He declares that the end product of his training has always been respect towards others obedience to the laws of the land humility and self-restraint.

Parker states that the ability to shatter bricks, stones or boards is merely the manifestation of the truth of Karate. It is not the ability to do these things that counts, it is the amalgamation of mind-arc body it represents that is important. If one were interested only in shattering bricks then a sledge-hammer would accomplish the job.


Karate, as it was originally set forth by its founder, Daruma Taishi, sought to strengthen the minds and wills of weak, dispirited peoples. Its immediate evidences of physical power might have been what first impressed them but unknown to them it was also creating an inner strength that was of greater importance. It evolved within them a store of self-assurance which helped them immeasurably in everyday life. It aided them in eliminating the pettiness which is born of weakness and insecurity. It enabled them to regard their fellowmen in a different light, with more respect and understanding. A strong man, both physically and mentally, refuses to pay tribute to demonstrations of human failing and frailty. Problems, formerly distorted and ballooned disproportionately, now become more readily solvable.


As you watch Parker put his class through its paces, moving from man to man and making certain that his instructions are being correctly followed, your eyes light on a plaque hanging on the wall and in view of all the students, The Karate Creed:


"I come to you with only 'Karate'—Empty Hands. I have no weapons. But should I be forced to defend myself, my principles or my honor; should it be a matter of life or death, or right or wrong; then here are my weapons-'Karate'-My Empty Hands."


You suddenly have a new understanding of Karate. You shake hands with Ed Parker, remarkably smooth and un-calloused hands which seem strangely out of place here, and then you leave. As you do you have a feeling that here you have met a man.﻿
at 11:21 AM